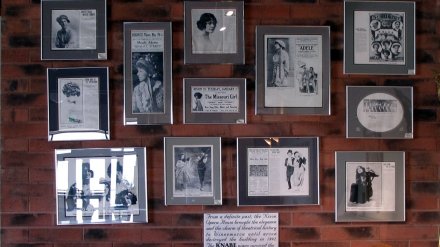 The Humboldt Museum has an extensive collection of newspaper advertisements for performances and events staged at the Nixon Opera House.  Also known as "Nixon Hall," the beautiful two-story theater was built in 1907, with financing from George Nixon.  Nixon, whose First National Bank was robbed in 1900, allegedly by Butch Cassidy and his gang, served as a U.S. Senator.

Newspaper articles listing some performers who appeared at the Nixon Opera House included: