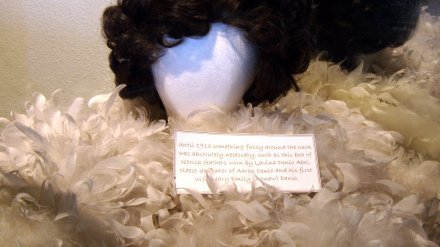 The look of the 1890's gradually changed during World War I where women's social and economic horizons broadened and and many tried to appear as "femme fatales".

Until 1913 something fussy around the neck was absolutely necessary, such as the boa of ostrich feathers worn by Lavina Denio Able, oldest daughter of Aaron Denio and his first wife Mary Emily (Agnew) Denio.