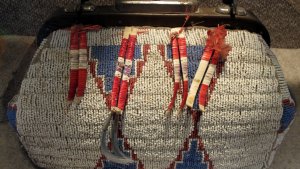 "Seed" beads are the smallest and most commonly found sizes in pre-20th Century pieces. 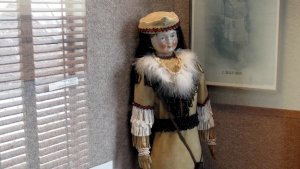 Sarah Winnemucca, daughter of Chief Winnemucca of the Paiute, was born in 1844 near Humboldt Lake, NV. Sarah became a very well-educated woman and spokesperson for her people. In 2005, a statue of her by sculptor Fredrich Victory was added to the National Statuary Hall Collection in the U.S. Capitol. 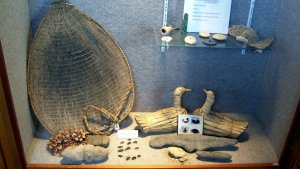 The world's oldest duck decoys are among the artifacts found in the Lovelock Caves. The original decoys are preserved at the Smithsonian Institute in Washington, D.C., while the replicas depicted here show how the decoys were constructed. 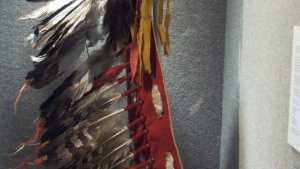 This war bonnet was worn by Lame Deer, leading Minniconjou Sioux chief who was killed by general Nelson Miles' troops at Muddy Creek, Montana, on May 7, 1877, during one last pre-reservation deer hunt. Click the "read more" link to learn how it came to be displayed in the Humboldt Museum. 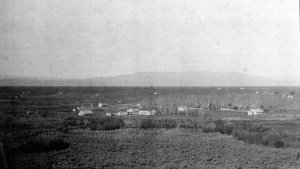 This photo depicts the Ft. McDermitt Indian Reservation, sometime between 1911 and 1918. It is shown courtesy of the Mildred Gibson Collection. 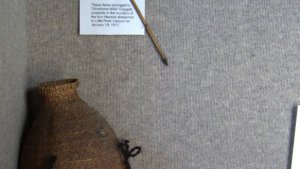 The Humboldt Museum exhibits several artifacts that once belonged to "Shoshone Mike" Daggett, a suspect in the murder of four Nevada sheep men in High Rock Canyon, on January 19, 1911.