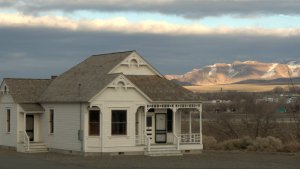 The Richardson-Saunders House is the newest addition to the Humboldt Museum's campus. This home was originally constructed in 1899 on Railroad Street by W.A. and Phoebe Cumley and is a rare Nevada example of Eastlake architectural style.  In 1902 Albert and Annie Pearce Richardson purchased the home from the Cumleys.  It remained in the possession of the family until 2005 when Nora Chipman, granddaughter of Albert and Annie Pearce, donated the house to the Humboldt Museum.  After several years of anticipation the restored Richardson-Saunders House was opened for tours December 2012. 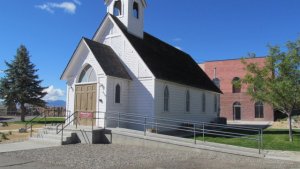 This church was built in 1907 at 5th and Lay Streets.  In 1909, it was moved to the corner of Fourth and Lay Streets, (the current location of Wells Fargo Bank),  where it served as St. Mary's Episcopal Church for many years.  There was even a swimming pool in the back of the lot.  The lot was sold and the former church was moved to the Museum campus in 1976, where it served as the Museum's main building until 1985. Currently, the structure serves as a location for meetings, presentations, art shows, musical & theatrical performances, book signings, etc. The fully finished basement provides storage for some of the Museum's newspaper collection.

Occasionally the building is rented out for weddings and private parties.  Ask Museum staff for details. 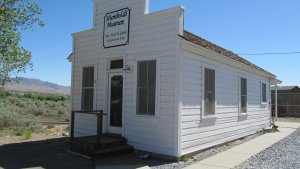 The Greinstein Display Building was originally constructed in the 1880's.  It served as the Nevada Hide and Junk Company as well as a residence before being donated to the Humboldt Museum in the 1970's.  For several years the structure housed the Humboldt Museum's thrift shop.  Today, the Greinstein Display Building is home to three scenes of days gone by. 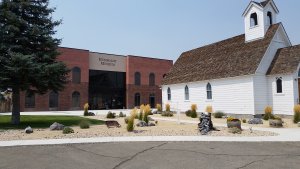 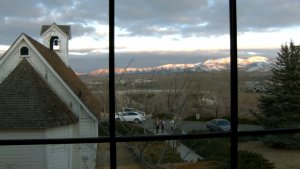 The Humboldt Museum overlooks Winnemucca, Nevada, a small town of 7,396 (2010 census figure). The campus and main building command striking views of town, the Humboldt River, and the Sonoma Mountains. 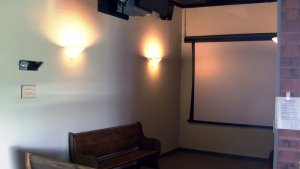 The Wiegand Audio-Visual Room was donated by the Wiegand Foundation. It provides visitors with an opportunity to watch short and long films, on request, about Winnemucca, Humboldt County, and Northern Nevada.