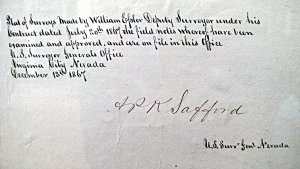 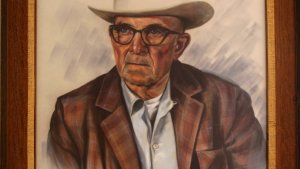 In 1931, as a freshman Assemblyman, Phil Tobin introduced a bill to legalize gambling in Nevada. 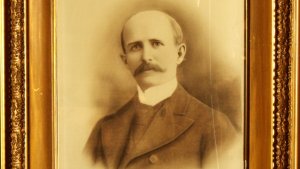 George S. Nixon made his home in Winnemucca where he organized the First National Bank in 1886 and was a U.S. Senator from Nevada.  In 1908 he built and donated the Nixon Opera House to the City of Winnemucca as a parting gift to his home city. 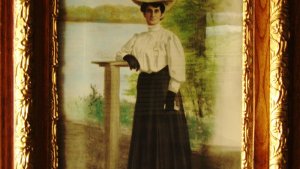 Catalina (Sanchez) See Nelson, known as Grandma Nelson, when she owned the Arcade Restaurant on Lower Bridge Street in the early 1900s. She befriended a young George Wingfield in Winnemucca before he became a political force in the State of Nevada. 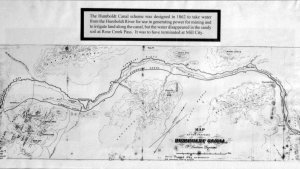 The Humboldt Canal scheme was designed in 1862 to take water from the Humboldt River for use in generating power for mining and to irrigate land along the canal, but the water disappeared in the sandy soil at Rose Creek Pass. It was to have terminated in Mill City. The project drove much of Winnemucca's early growth. 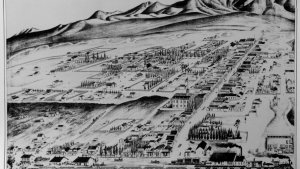 This wonderful 3D map depicts Winnemucca, Nevada, in 1881. It is called "A birds-eye view of Winnemucca, County Seat of Humboldt County, 1881. 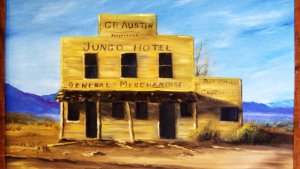 This painting, by McCoy, depicts the remains of the Jungo Hotel. Located about 40 miles West of Winnemucca, and accessible only via a gravel and dirt road, the town of Jungo no longer exists.